The Deno CLI will look for an environment variable named DENO_AUTH_TOKENS to determine what authentication tokens it should consider using when requesting remote modules. The value of the environment variable is in the format of a n number of tokens deliminated by a semi-colon (;) where each token is either:

For example a single token for would look something like this:

When Deno goes to fetch a remote module, where the hostname matches the hostname of the remote module, Deno will set the Authorization header of the request to the value of Bearer {token} or Basic {base64EncodedData}. This allows the remote server to recognize that the request is an authorized request tied to a specific authenticated user, and provide access to the appropriate resources and modules on the server. 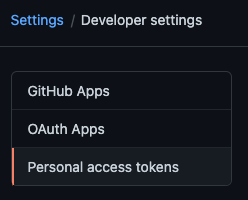 You would then choose to Generate new token and give your token a description and appropriate access: 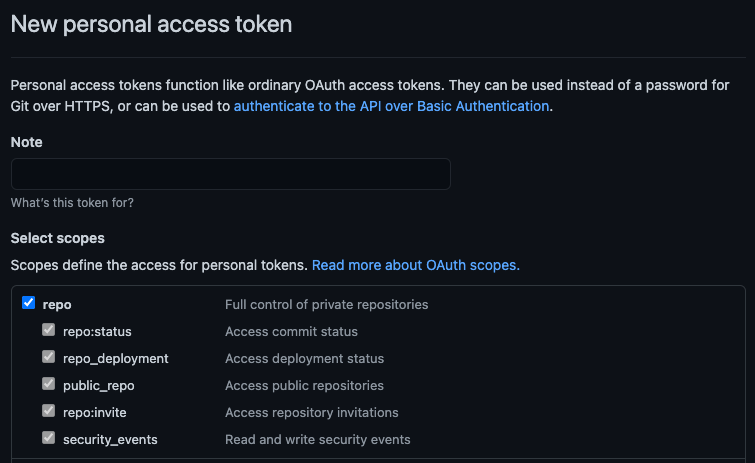 And once created GitHub will display the new token a single time, the value of which you would want to use in the environment variable:

In order to access modules that are contained in a private repository on GitHub, you would want to use the generated token in the DENO_AUTH_TOKENS environment variable scoped to the raw.githubusercontent.com hostname. For example:

This should allow Deno to access any modules that the user who the token was issued for has access to.

When the token is incorrect, or the user does not have access to the module, GitHub will issue a 404 Not Found status, instead of an unauthorized status. So if you are getting errors that the modules you are trying to access are not found on the command line, check the environment variable settings and the personal access token settings.

In addition, deno run -L debug should print out a debug message about the number of tokens that are parsed out of the environment variable. It will print an error message if it feels any of the tokens are malformed. It won't print any details about the tokens for security purposes.